skip to main | skip to sidebar

IN THE MOUNTIANS AGAIN 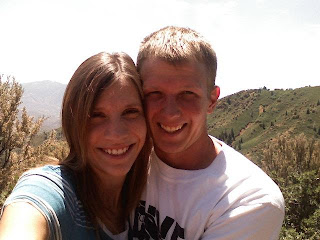 Casten and I have moved back to Utah. I had to go up to Provo and get stabbed with a needle at the hospital. So we decided to go through Mt. Nebo despite the extra gas that would be used, and it was well worth it! The Mountians are so beautiful and now were both obsessed with going camping in them!- 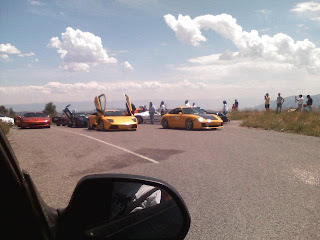 These Mountians had in fact some hidden treasures! We were driving our super hot kia spectra when a GT 500 comes out of nowhere behind us!~ Well, haha actaully we knew he was coming because we made a stop and were informed there would be some VERY nice cars flying through the mountian (come on kidds, they weren't actaully flying) We saw tons of extreamly NICE cars! Were talking Ferrari's, Lamborghini, Porsche, Mercedes, GT 500, and lots of others I cant remember. I dont know anything really about them... But Casten was jumping out of his skin with excitment- These cars were police escorted, and can drive as fast as they want to.

Posted by FischerFamily at 6:09 PM 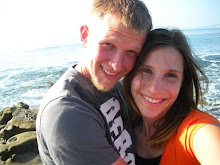